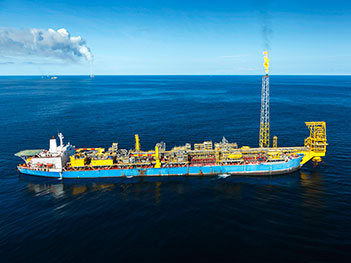 Process components on offshore installations for the extraction and production of oil, are subject to high standards. The PRIMIX static mixers are operated with great success in those installations and exposed to hydrocarbons, which may be often corrosive, organic-reactive or of high temperature.

In addition, the process components must be 100% explosion-proof, offering an exceptionally high operational reliability and to pose no risk to the environment. 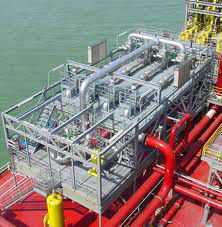 Perfect mixing prior to the oil sampling

Within a metering skid, also referred to as a fiscal transfer skid, the crude oil has to be well mixed in order to carry out a very precise analysis of the oil, gas and water components and measure the correct water cut. A small inaccuracy can lead to very undesirable high costs. PRIMIX static mixers provide a very consistent and energy efficient mixing. The crude oil is, even at lower flow rates, mixed to a homogeneous mixture of oil and water droplets with a minimal pressure drop. The static mixer is maintenance-free and can be integrated with its small size in almost any fiscal metering system.

Other applications of PRIMIX static mixers in the offshore: