Mixing gases and liquids without moving parts takes place in continuous or semi batch processes within the chemical, process, food and pharmaceutical industry. The standard well-known laminar or turbulent flow patterns are disturbed deliberately by means of a number of elements placed in the flow.

This modified flow of gases and/or liquids has been controlled in such a way, particularly by the form and manner of placement of the helical mixing elements, that we can determine the degree of mixing in advance. The degree of mixing is expressed with the term homogeneity. Of course there are no moving parts in static mixers. 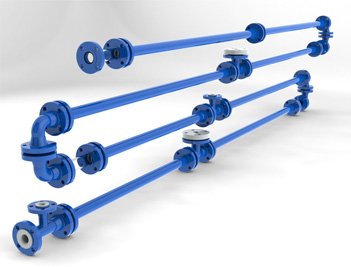 The type of mixer elements inside a static mixer have a number of corresponding characteristics. There are a minimum of two elements in a static mixer and they are placed one behind the other as a string. The mixing elements strand which is constructed like that gives an axial twist to the flow pattern, and each successive element has alternately a left and a right-hand twist. In addition each subsequent element is placed rotated by 90 degrees in comparison with its predecessor. 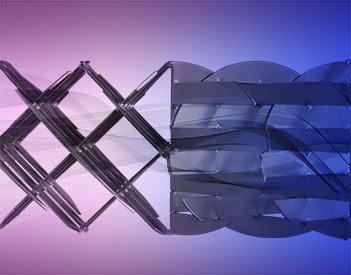 Following the laminar principle, the flow is repeatedly split into sub flows in a static mixer and subsequently brought together again. With the right pitch a balanced flow is created from outside to the inside and vice versa. This is how the medium is mixed, in a large amount of very thin layers, and the number of layers created determines the extent of the mixing.

The mixing effect of a static mixer following the turbulent mixing principle is mainly achieved by internal rotation and shearing away the layers within the liquid. This happens at the point where the direction of the rotation is reversed. When small percentages of shearing are required then the pitch between two rotations can be accurately adjusted to achieve this. With this pitch the rotation process is slowed down which results in extra mixing. After this reversed rotation will also start more slowly.

Homogeneity of the mixture

The homogeneity of the mixture is best measured by determining the temperature deviations or the concentration differences behind the PRIMIX static mixer. This is expressed in the theory of probability as standard deviation measured against the average. In the diagram below it is clearly visible when the medium is homogeneous. 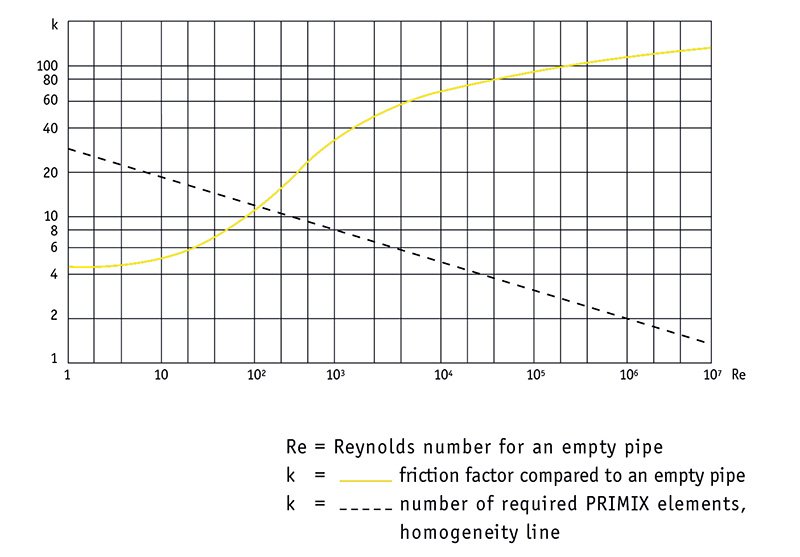 Pressure drop across the static mixer

Dispersion inside the static mixer

In the PRIMIX static mixer dispersions and emulsions can form on the interface of the two elements, where the rotation direction changes. The surface tension is broken and the diffusion of one phase into the other can take place. With a decreasing diameter and an increasing speed, the particle size becomes smaller.